Blog - Latest News
You are here: Home1 / News2 / Reflections on the EU Green Deal, Brexit, and the US rejoining the Paris... 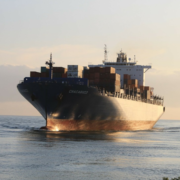 The South African exports of fruit, wine and other agricultural commodities to the EU are a significant contributor to the economy, both in relation to GDP produced and employment provided, and the trade relationships between South Africa and the European Union as a regional bloc are both longstanding and extensive. South Africa now faces uncertainty due to the recent exit of the United Kingdom from the European Union, as well as from the implications of the new European environmental legislation referred to as “the EU Green Deal”. This short review aims to provide a bird’s eye view of what the EU Green Deal is, what the implications could be, and identify the legislation now applicable. Furthermore, it will briefly look at the impacts of the change of leadership in the United States on the South African agricultural sector. The purpose of this paper is to provide relevant, concise and useful information to the South African agribusinesses and farms engaged in international business and trade relationships.

What is it about and what does it mean for imports?

The European Green Deal is a policy action plan to make Europe the first “climate-neutral” continent by 2050. The goals of the Deal, which includes investment needs and financing proposals, are threefold:

The Deal covers a number of policy areas to achieve its goals, namely:

The Farm to Fork strategy outlines the internal transition relevant to farmers and fishermen within the EU and involves a large shift to farming organically, increasing and incentivizing the use of sustainable practices, as well as rewarding farmers for eco “performance”.

The Farm to Fork strategy commits the EU to cooperating with all its partners to develop Green Alliances on sustainable food systems and will align its trade policies and international relations to the goals set out in the Green Deal. To achieve coherence with the Green Deal, the Farm to Fork strategy outlines the following, which may be relevant to South African farmers and agribusinesses looking to export to the EU:

Takeaway: Improving sustainability is becoming an increasingly essential aspect of all businesses. Not meeting the minimum standards with respect to the environmental impact of your products may inhibit, or at worst, prohibit, you from importing into the EU. It is in your best interest not just to meet the requirements and standards, but rather to get ahead of the curve and champion them.

What are the implications for South African exports?

In short, the new agreement included duty- and quota-free imports into the UK, except for South Africa, as certain agricultural, fish and aluminium exports have less favourable treatment. The transitional arrangements include both a current safeguard on imports of poultry, as well an agreement that agricultural trade will continue to match the safety and health regulations of the EU. The UK will continue to accept EU-standard health certificates and plant protection certificates for 12 months into Brexit.

Within the UK, a recent Agricultural Bill was passed outlining a new system that promotes environmental protection, animal welfare and sustainable agriculture. Throughout 2020, there was uncertainty around the food standard of imports, as well as reports of the UK government potentially loosening restrictions. This was met with significant public backlash and a commitment from top retailers across the UK to maintain the UK’s internal high food standards. These include Sainsbury’s, Waitrose & Partners, Co-op, Aldi UK and Marks & Spencer, among others. However, the UK Trade and Agricultural Association is pushing for tough import standards and wanting to hold trade partners to the same standard as UK farmers – specifically around pesticide and antibiotic use.

Takeaway: Make sure you are up to date on any new duties or quotas applicable to South African agriculture and fish. Sustainability, environmental impact and food health are becoming central to mainstream negotiations and opinions. Even in the face of weak legislation around import standards, large retailers, fueled by their own commitments to becoming more “green”, as well as the vocal demands of their customers, will still be holding imports to high standards. The legislation around food standards is bound to catch up to changing consumer and societal demands and because it is in their interest to prevent the higher standard local produce being outcompeted by cheaper imports.

What are the rules around carbon emissions?

Under the Paris Agreement, the UK has committed to achieving net-zero carbon emissions by 2050 and this was brought into law in by Parliament in 2019. Imported emissions make up almost half of the UK’s carbon footprint. Following Brexit, international enforceable climate change obligations are still under question, but increasing attention is being paid to carbon emissions across the UK supply chain and a recent report makes the case for a new carbon tax on imported goods. While South Africa is not the main source of these imported emissions, regulations around import carbon emissions – whether that be in the form of carbon standards or taxes – in line with the UK’s net zero commitment will impact South African exports.

Takeaway: The trend suggest that the UK is moving towards stricter decarbonization standards across its supply chain. As a South African producer, tracking, understanding and reducing your carbon emissions will place you in a strategic position for the changes that are to come.

The United States, following the instatement of Joe Biden as President, has recommitted to the Paris Agreement and reversing Trump’s withdrawal from it. The US’s own ‘net zero carbon emissions by 2050’ policy is said to be in the works. The Paris Agreement is a legally binding international treaty on climate change. This will bring a renewed focus on emissions and clean energy, and may have an impact similar to that of the EU Green Deal. The US’s re-joining of the Paris Agreement will add much needed impetus to the “green” agenda globally. 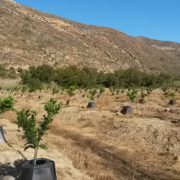 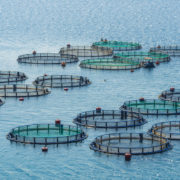 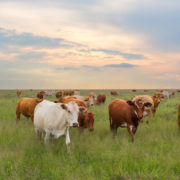 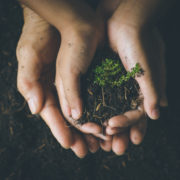 What are a Business’s Social Dependencies and Impacts? 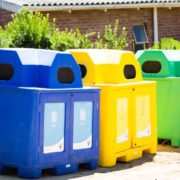 What meat should I be eating?

Sustainable Fruit Supply – where to to focus in developing a sustainability strategy?

My Tweets
FruitLook wants to hear your stories!

FruitLook 2021 March: How does satellite data work?
Scroll to top