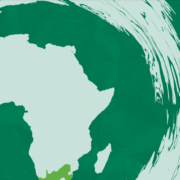 The high-profile, two-day virtual conference hosted by the European Union Delegation to South Africa in partnership with the embassies of Denmark, Finland, Flanders, France, Germany, Netherlands, Poland, Portugal and Sweden, took place on 18 and 19 November 2021, shortly after the United Nations COP26.

Climate 360 was more than a climate change emergency conference. It celebrated sustainable, climate-smart organisations and initiatives, and inspired urgent action. Apart from shining the spotlight on the climate crisis, the interactive event highlighted and rewarded innovative, sustainable solutions, through powerful speakers and an inspirational competition.

The conference commenced with an enthusing address by acclaimed business leader and global speaker Vusi Thembekwayo, who called on every single person to step out of their communities and be willing to discuss humanity’s next steps with everyone else. Together with Han Peters, Ambassador of the Netherlands to South Africa, he advised that an impact can be made when we partner equally with everyone – climate activists with industrialists, and government officials with people from indigenous communities.

South Africa is seriously wrestling with means to switch from a fossil fuel-dependent economy to a sustainable economy, said Crispian Olver, executive director of the Presidential Climate Commission. The country has everything that is required to make a successful transition from a fossil fuel-driven economy to a sustainable one, said German Ambassador to South Africa, Andreas Peschke. With its abundant renewable energy resources, excellent scientific and technical expertise, and an active private sector, the country is perfectly placed to take full advantage of the economic opportunities embedded in the transition to a sustainable economy. Germany, France, the United Kingdom, and the United States secured a historic R131-billion climate finance deal with South Africa at this year’s United Nations climate change talks in Glasgow.

Climate, youth, and human rights activist Akhona Xotyeni delivered a passionate address, describing the climate crisis as “a human rights violation”. She said efforts to combat climate change can no longer be delayed.

South African businesswoman Emiley Vollmer shared her story growing up in the Kenyan jungle where she learned that humans can live in harmony with nature. She asked for a change in mindset, from a consumption mentality towards circular economy thinking.

Delegates of the conference were treated with presentations from the participants in the Climate 360 competition sharing their innovative projects in the following categories: A Just Transition; Biodiversity; Sustainable Energy; Pathways to a Circular Economy and Climate Adaptation. The winners of the competition will have the opportunity to visit the EU Headquarters in Brussels, Belgium. South Africans showcased home-grown, climate-friendly solutions ranging from scalable ways to preserve and restore polluted rivers, to using alien vegetation to produce eco-friendly fuel.

Humanity’s ingenuity has been its downfall, Emiley Vollmer said. At first nature determined humanity’s survival, but as the global population expanded, humans took more and more from nature, altering the world so much that Mother Nature now depends on us.

Closing the conference, businesswoman and athlete Khanyi Mlambo-Chaba said humanity had reached a point where it must “sit down and listen to Mother Nature”. Akhona Xotyeni affirmed that, simply by being human, existing on the planet today, everyone has a vote and a voice to contribute to the world we deserve.